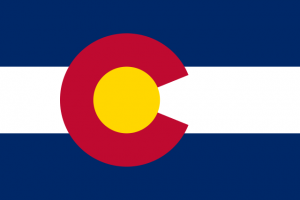 Colorado Senate President Bill Cadman is making good on his promise to introduce legislation that would address the enormous hole in Colorado law that allowed the attacker of Longmont resident Michelle Wilkins to escape murder charges even though this attacker killed Ms. Wilkins’ unborn child. (See this story for more background on the whole situation.)

Cadman’s bill, Senate Bill 15-268, proposes to include unborn children from conception to birth in statutes dealing with homicide and assault.

During the current legislative term, pro-life legislation has been killed almost as fast as it was introduced. I personally testified before a House committee on the sex-selective abortion ban bill, which was decisively defeated by the Democrats on the committee. A born-alive infant protection act was also defeated by House Democrats.

It is for this very reason that Colorado has no law to deal with the murder of Michelle Wilkins’ baby girl. She and her deceased daughter Aurora are just collateral damage as far as the abortion supporters are concerned.

However, many Coloradoans, and indeed people from all over the world, were appalled at what happened to Michelle Wilkins and her unborn daughter. The main-stream-media even called her child a baby (instead of a fetus), at least in the early stories. Despite all the nonsense spouted by abortion supporters, we all know that a child was killed in this attack! It wasn’t a blob of tissue, it was a baby girl!

Hence, Sen. Cadman felt compelled to try another legislative attempt at a fetal homicide bill, even though such bills have not fared well in the past.

So, not wanting to tackle abortion at all, Cadman has stated in the bill that the proposed legislation shall not apply to:

·         to the lawful dispensation of administration of lawfully prescribed medication

This is the very language which concerns abortion opponents. Some people conclude that it legitimizes abortion in state law, and this is not anything we would like to do.

Just a few years ago Rep. Janak Joshi proposed a fetal homicide bill that avoided this implicit endorsement of abortion. I, in fact, would prefer the language that Rep. Joshi employed.

However, Joshi’s bill was roundly rejected by the Democrats, and would most probably suffer the same fate now.

I do not envy Sen. Cadman’s task! As best I can tell, he wants to make something work, especially given the recent and still very raw circumstances in Longmont, but he is getting beat up from all sides.

As I see it, Cadman is trying to determine if it is possible to make any progress at all with fetal homicide laws in Colorado. Abortion supporters are dead-set on having the right to kill their own children. However, are they also willing to allow others to kill their children without any consequence as far as murder charges are concerned?

So, he has introduced a bill that is intended, in my opinion, to bring all parties to the table. It is not perfect from any one perspective, but could it be the starting point for a final bill that could be voted on by Democrats in the legislature as well as pro-life legislators?

I’m skeptical. After all, we have the Democrats on record this year as having voted for infanticide and sex-selective abortions! Shouldn’t these votes have caused an outcry from the whole electorate in Colorado? Cadman is definitely facing an uphill battle.

However, I applaud Sen. Cadman for giving it a try. I also appreciate local Senators Kent Lambert (R) and Kevin Grantham (R) for co-sponsoring the bill.

Local Senators Owen Hill (R) and Michael Merrifield (D) have not yet signed up to sponsor the legislation. It is my hope that the disaster that befell Michelle Wilkins will serve as a catalyst for all these senators to bring about legislation that properly addresses the assault on her and the murder of her daughter Aurora.

If you know of an upcoming pro-life event, please submit through our contact form!

To donate by mail, print this donation form  and mail it in with your check to:

Thank you for doing your part ... for INVESTING IN LIFE!

NOTE:: The donation form is in Adobe (.PDF) format. If Adobe Reader isn't installed on your computer, click the icon below to download:

You can support the life-saving educational mission of Pikes Peak Citizens for Life!